Just as All Might serves as a paragon of good, truth and justice, Tomura Shigaraki shows what the dark underbelly of the hero world looks like. A malevolent and twisted villain, Shigaraki sees the unfairness in the world of My Hero Academia, and instead of seeking to improve it, simply wants to see it destroyed. Somewhat aptly, Shigaraki’s Quirk “Decay” allows him to disintegrate whatever he touches to ash.

Much like in the series, Shigaraki’s character card takes advantage of any “contact” with the opponent—-withering away health from his rivals upon a successful hit, and destroying valuable foundations upon a successful block! Heroes beware, as any misstep can spell doom against this powerful, unhinged villain.

"Every living, breathing thing just rubs me the wrong way. So why not destroy it all?” - Tomura Shigaraki

Just like Shigaraki, you can use Turn to Dust to create a horrifying dilemma for your rival: Will they lose 4 health and save vital foundations? Or sacrifice crucial resources to stay topped up on health? Use the Ex and Stun abilities to pressure your opponent’s board and connect a hit so that Shigaraki’s response can deteriorate your rival’s health total!

Shigaraki’s fury-ous assault doesn’t end there—Make a Villainous Entrance to remember, and use Shigaraki’s Touch of Decay to disintegrate any do-gooders that might get in your way! Combo together Shigaraki’s devastating arsenal of Fury attacks to rot away your rival’s defenses and score a win for the League of Villains.

Quandaries abound for heroes facing Shigaraki—allow this villain’s attacks through and his response will wither away your health total, but block and these tricky cards will leave Shigaraki with more than he started with!

Shigaraki’s Decaying Grip will leave your rival rotting on both offense and defense, readying your character on block and allowing Shigaraki’s character ability to be used a second time! On offense, Decaying Grip’s combo enhance can catch your rival without a block, as it limits their options for what they can attempt to play

“That’s why we need a symbol like you, Tomura. Next time, the world will know of the terror you represent!” - ???

Any villain worth his salt never leaves anything up to chance though, and just one look into Shigaraki’s Evil Gaze will send shivers down the spine of any would-be hero. Surprise your rival with this versatile action card from hand, and either make your own attack fast enough to race past defenses, or slow down the competition. Adding injury to insult, Shigaraki can respond with his own ability to destroy an additional rival foundation on block!

Shigaraki is a versatile character that can allow for many avenues to success. For blistering speed and damage output, try playing on the Fire symbol to blaze past your rival’s defenses, or if controlling the game is your preference, play him on Death to destroy resources and create favorable board states.

Whatever the case may be, you’ll be able to find Tomura Shigaraki and many more Heroes and Villains alike this fall in the My Hero Academia CCG! 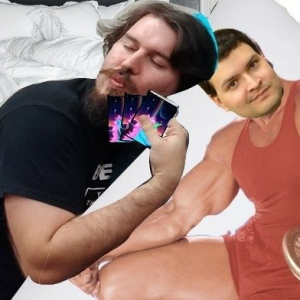