Welcome to the My Hero Academia CCG!

In the My Hero Academia CCG you can play as Bakugo, and learn to EXPLODE down the path to victory!

This 50 card deck comes pre-constructed with enough cards for you to pick up and play your first game of the My Hero Academia CCG!

Katsuki Bakugo’s quirk, Explosion, gives him the ability to ignite the sweat from his palms and create blasts of a variety of sizes. Bakugo has learned to use these explosions in many ways, such as speeding towards his opponent with one blast, dodging around them with the next, stopping his speed with a third blast, and then hitting his opponent from behind with a fourth.

Bakugo tends to care much more about attacking than making strategies, or even working with allies. You can see this in his character card allowing you to destroy one of your foundations on any attack for an explosive +2 damage pump. Bakugo’s lack of foundations doesn’t necessarily hinder his ability to attack either! Between the Bakugo’s response ability and a little Encouragement from All Might, Bakugo possesses the ability to continuously discard his attacks from his card pool, allowing him to play without progressive difficulty.

Bakugo’s ace maneuvering lends itself well to the My Hero Academia CCG, providing him a fantastic attack zone mixup game. Your opponent won’t know which zone to properly block when you have viable attacks coming in on each attack zone, and some of his attacks like Long-Lasting Explosion and Point Blank Incineration reference your next attack’s zone, but there’s nothing forcing you to actually follow what the attacks say. You could use this as a bluff, and then attack in a zone that your opponent wasn’t expecting, and possibly get them to waste a block.

“Our Katsuki, he’s rash in everything he does” - Mitsuki Bakugo

Since Bakugo’s game plan focuses so heavily on destroying his own foundations and then moving on, most of his foundations are either single use or they specifically trigger when destroyed. Cards such as Latent Skill, Let’s Fight Bad Guys, and Encouragement are all one-time use, lending themselves to being destroyed without worry. Just don’t go too all-in and find yourself in a position where you can’t defend yourself, even if that is Bakugo’s style.

That brings us to a pair of cards with the potential to be the absolute core of your Bakugo deck. Aggressive Temper and Burst Speed are great cards with multiple uses that can be incorporated into different styles of play. Of course, you can destroy them from your Stage with Bakugo to trigger their respective abilities, but there is more that you can do with them! You can use Bakugo’s Signature Right Swing to discard these from your hand in order to draw more attacks, triggering their abilities in the process, or you can use Bakugo’s finisher Howitzer Impact to destroy an additional copy of one of them to make it much more impactful!

Look out for your chance to pick up the 2-Player Rival Decks to get both Katsuki Bakugo and Izuku Midoriya in the My Hero Academia CCG, coming this November! 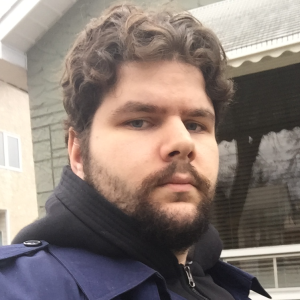